Staffa, a small island of Scotland's Inner Hebrides, is famous for the magnificent volcanic rock formations. Their geometric forms are part of the same formation as the more famous Giant's Causeway in Northern Ireland. Staffa's Fingal's Cave inspired Mendelssohn's 'Hebrides Overture' ('Die Fingalshöle') after his visit to the island. Mendelssohn was inspired by the deep, rhythmic, sounds of the waves as they enter the cave. The island is owned by the National Trust for Scotland and was declared a National Nature Reserve in September 2001 by Scottish Natural Heritage. 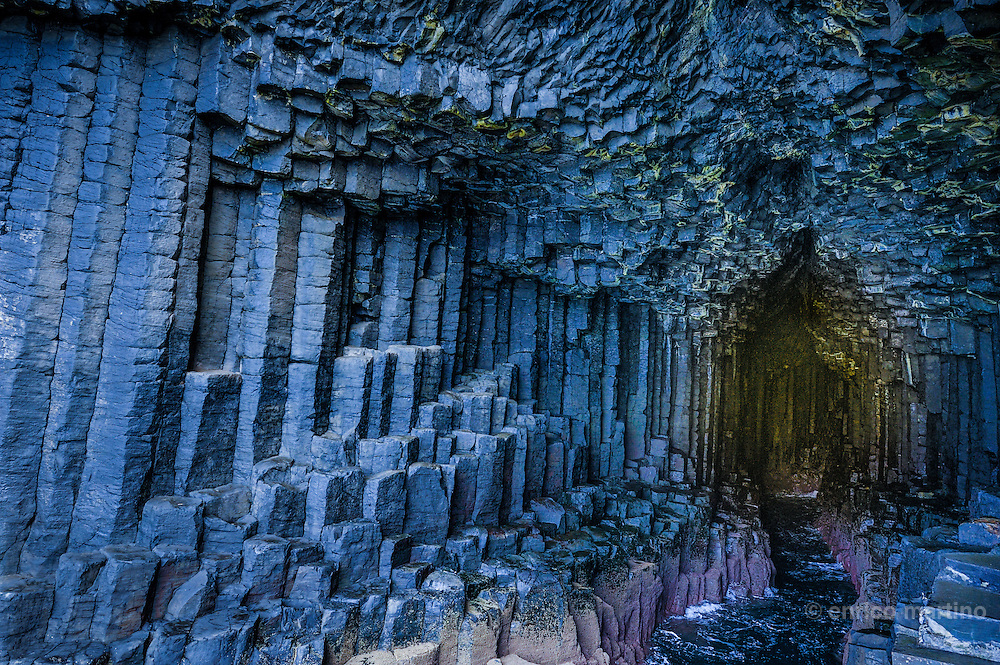