Masjed-e Sheikh Lotfollah. Built between 1602 and 1619 during the reign of Shah Abbas I, it was dedicated to the ruler’s father-in-law, Sheikh Lotfollah, a revered Lebanese scholar of Islam who was invited to Esfahan. The mosque is unusual because it has neither a minaret nor a courtyard, and because steps lead up to the entrance. This was probably because the mosque was never intended for public use, but rather served as the worship place for the women of the shah’s harem. 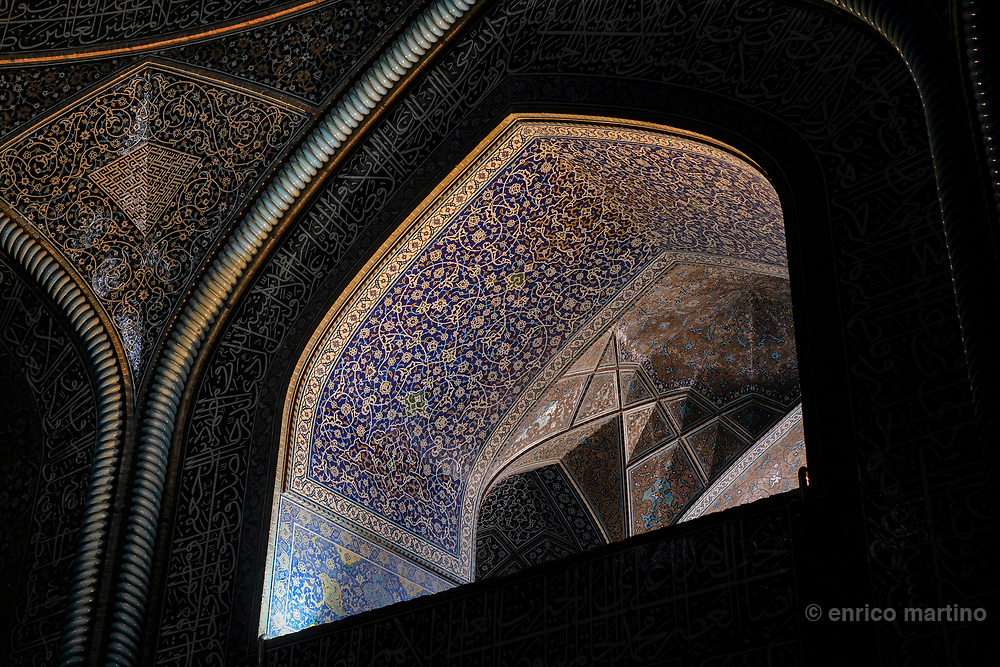