St Paul im Lavanttal Benedectine abbey, the abbey′s church from the 12th century, a mix of Romanesque and Gothic styles. This tomb could be of Englebert of Istria, founder of the abbey. Considered to be the biggest and most significant monastery of Carinthia, St Paul im Lavanttal is a Benedictine Abbey founded in 1085. After some trouble during the two centuries that followed the reformation with the Thirty Years′ War, St Paul managed to expand its already significant possessions over the course of the 16th and 17th century. Mines, parishes, farms, almost the entire Lavant Valley and taxation privileges made the monastery appear like a little principality within the county of Carinthia. 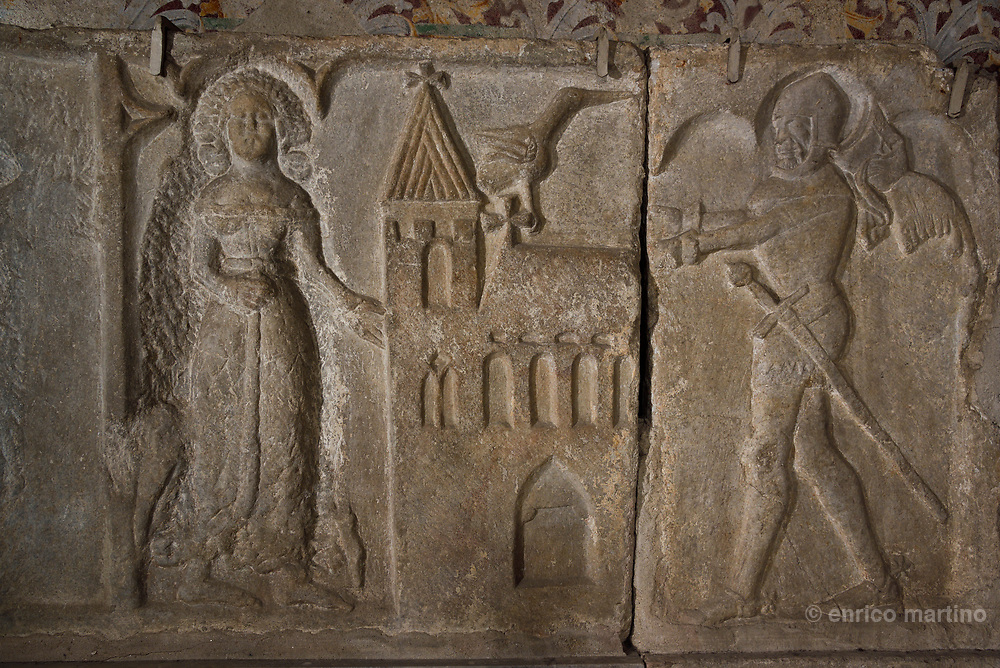