Zadar. The Sea organ (Croatian: Morske orgulje) is an architectural and an experimental musical instrument, which plays music by way of sea waves and tubes located underneath a set of large marble steps.The device was made (2005) by the architect Nikola Bašić as part of the project to redesign the new city coast (Nova riva). The waves interact with the organ in order to create somewhat random but harmonic sounds.The Sea Organ has drawn tourists and locals alike Concealed under the steps is a system of polyethylene tubes and a resonating cavity that turns the site into a large musical instrument, played by the chance-based results of the wind and the sea waves. In 2006 the Sea Organ was awarded with the prize ex-aequo of the European Prize for Urban Public Space. 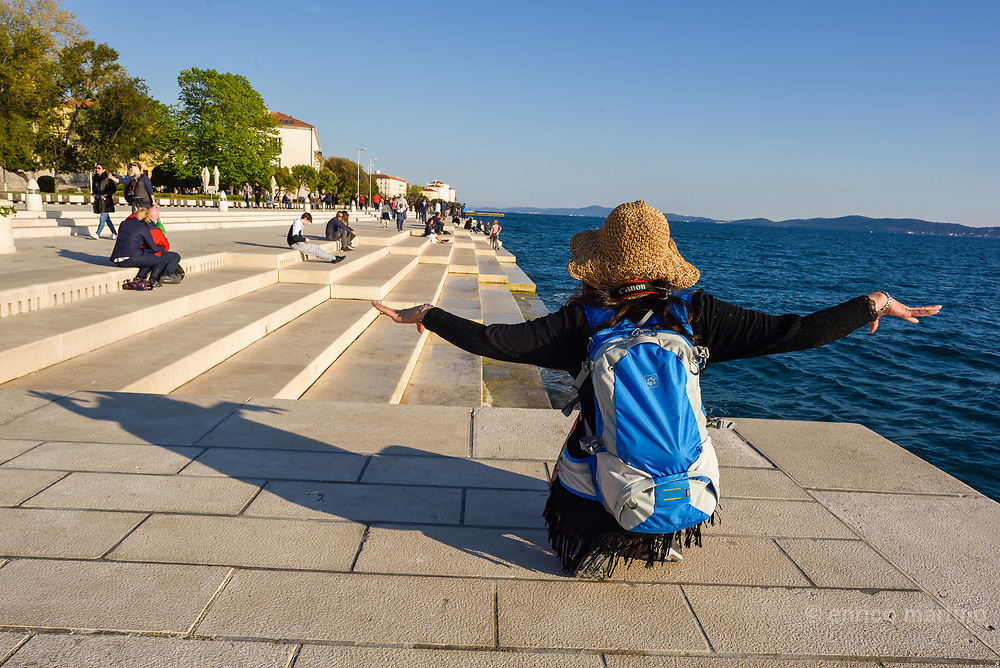