Caprarica, Salento. Pantaleo Greco on his family underground oil mill. Their farm produce extra virgin olive oil bringing together environmental respect with the innovative methodologies.The underground oil mills (once called underground trappeti because they were 5-6 metres deep) were dug into the rock. They are evidence of the rural economy around the year 1500 and they show the difficult life of the countryside people of those times. Inside the mill there was enough space to take the olives which were then crushed. There was a tank 70 cm high and 350 x 370 cm of diameter where the olives were put, in the centre of which there were two heavy rock turning wheels, 170x180cm high. These were rotated by animals, usually mules or donkeys, which were blindfolded to stop them getting dizzy from the incessant turning. 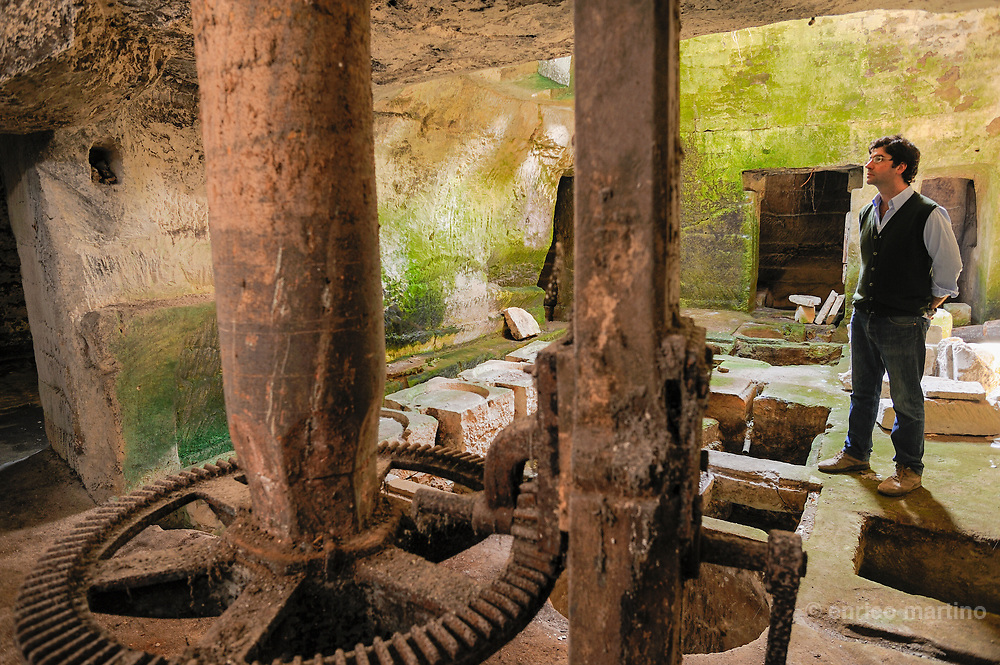