San Ignacio Minì. The ruins of the main square of the Jesuit reducciòn surrounded by the church, a cabildo, a cemetery, a monastery and some houses. This mission was founded in 1610 A.D in Portuguese territory and moved in 1696 A.D. in the present location due the constant attacks of the Portuguese Bandeirantes. "Rediscovered" in 1897 A.D. is one of the many missions founded in 1632 by the Jesuits in the Americas during the Spanish colonial period. In the 18th century the mission had a population of around 3000 people, and a rich cultural and handicraft activity but after the Suppression of the Society of Jesus of 1767 the mission finally destroyed in 1817..The remains of the "Guaraní baroque" stile constructions are one of the best preserved among the several build in a territory today belonging to Argentina, Brazil and Paraguay, and one of the most visited due to its accessibility. In 1984 the ruins were declared as World Heritage Site by UNESCO 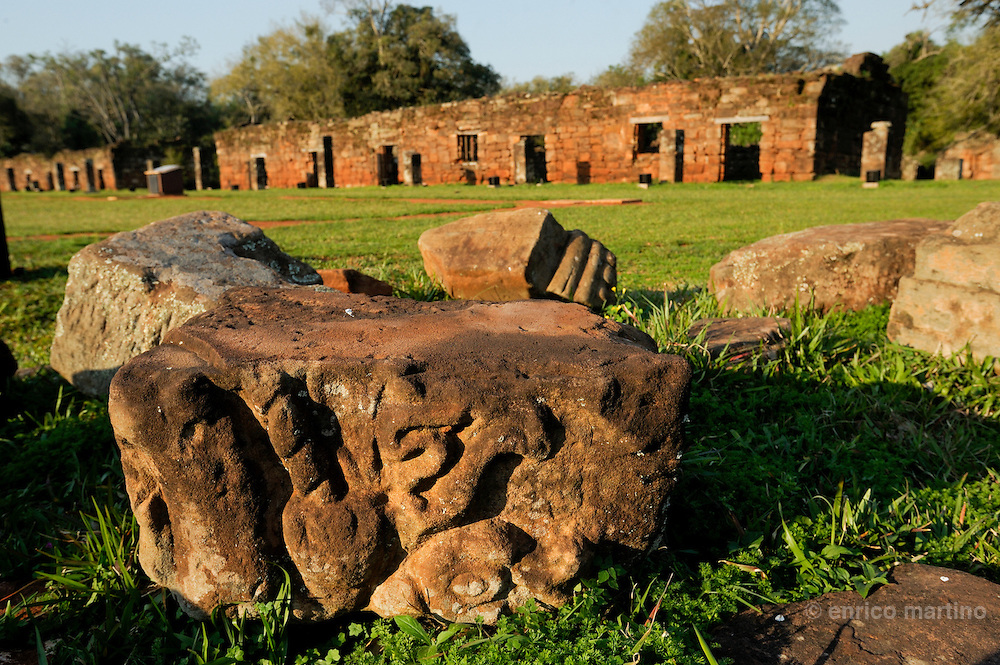