Ma'aloula, is the last place where the people still speaks aramaich, the language of Jesus Christ. Until the bloody civil war every September thousands Christian pilgrims coming from all the Syria and near Lebanon
celebrated the "Holy Cross holiday", that recalls the Jesus Christ' s Cross from Saint Helen, mother of roman emperor Constantin. At sunset the young people goes up two mountains surrounding the village, one for catholic people, other for greek-orthodox. Then burns old tyres on the hills until the dawn. 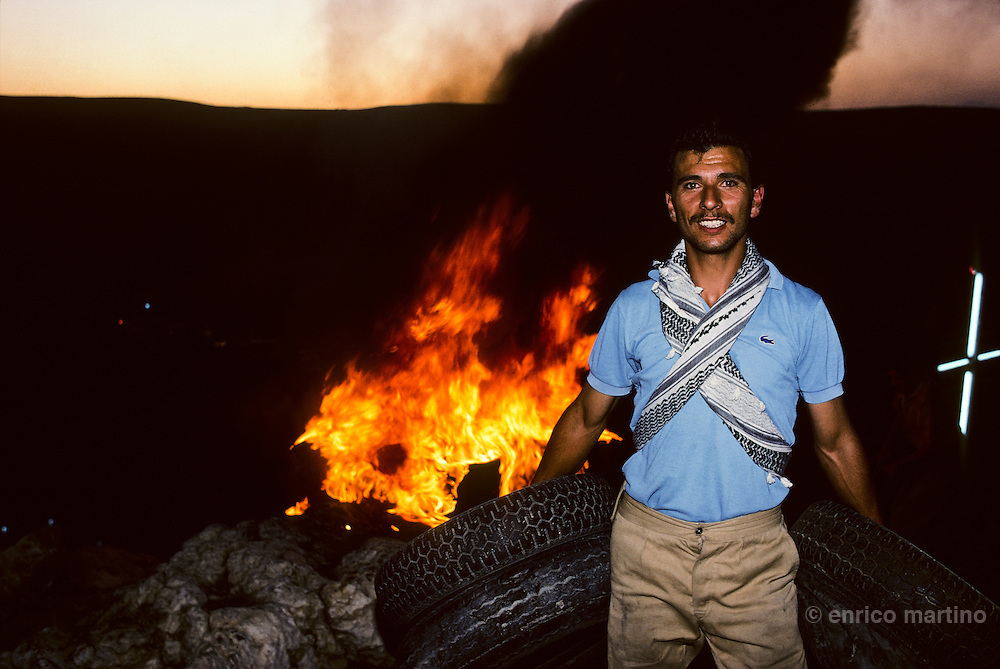