Rennes, the historical Champ-Jacquet square. Rennes has the mosth high number of timber-framed houses of all Brittanny. As in the rest of the Duchy of Brittany, in Rennes, the mediaeval-style timber-framed houses continued to be built until the mid 17th century, much later than the actual Middle Ages themselves. The fire which broke out on 23 December 1720 destroyed over 900 houses and buildings.Nevertheless there are still numerous timber-framed houses in the streets off the city centre. 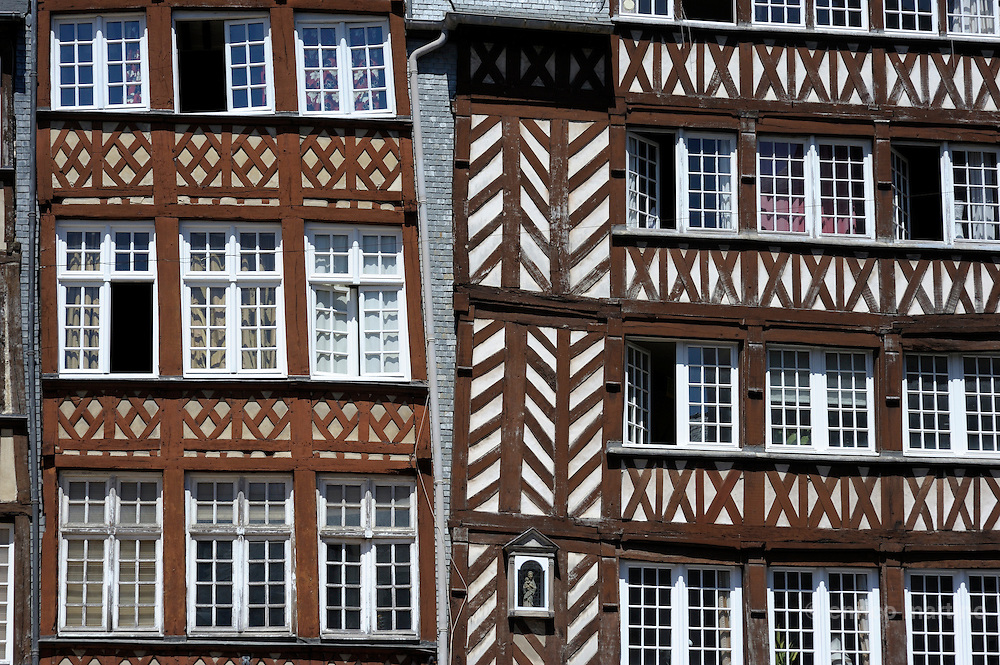