San Pietro island. The monument of the King of Piedmont-Sardinia Charles Emmanuel III that granted the permission to colonize the then-uninhabited island (1739) to people of Ligurian language and ethnicity, coming from the Republic of Genoa's colony at Tabarka after it had been taken over by the Bey of Tunisia. Today most of the population has retained a variant of Genoese dialect, called Tabarchino, which is also spoken in the northern part of the next Sant'Antioco island, in Calasetta, of same origin. 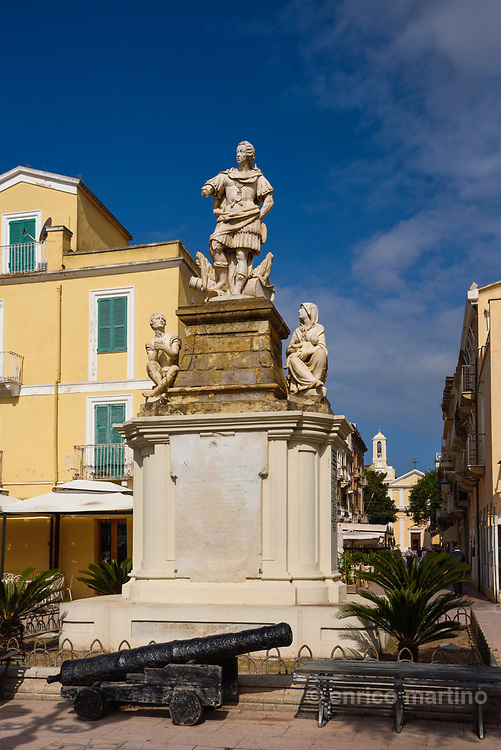