Sampeyre. Val Varaita. The baìo (also known as "Baìo di Sampeyre") is a traditional festival that takes place every five years in the municipality of Sampeyre, in the Valle Varaita in the province of Cuneo. Espous – pairs of young married couples. The Baìo was one of the most important and ancient traditional festivals in the Italian Alps. Traditionally, only men participated in the parades, while the complicated costumes were woven by the women. The men traditionally interpreted the roles of women: a custom which led to the event being accused of machismo . The tradition's origins date back to between 975 and 980, when teams of Saracens who had penetrated the valley to control the alpine passes, were driven away by the local population. The festival commemorates the expulsion of these invaders. The Baìo is composed of four parades (or "armies"), coming from the provincial capital Sampeyre (Piasso) and its three hamlets: Rore (Rure), Calchesio (Chucheis), and Villar (Vilà). 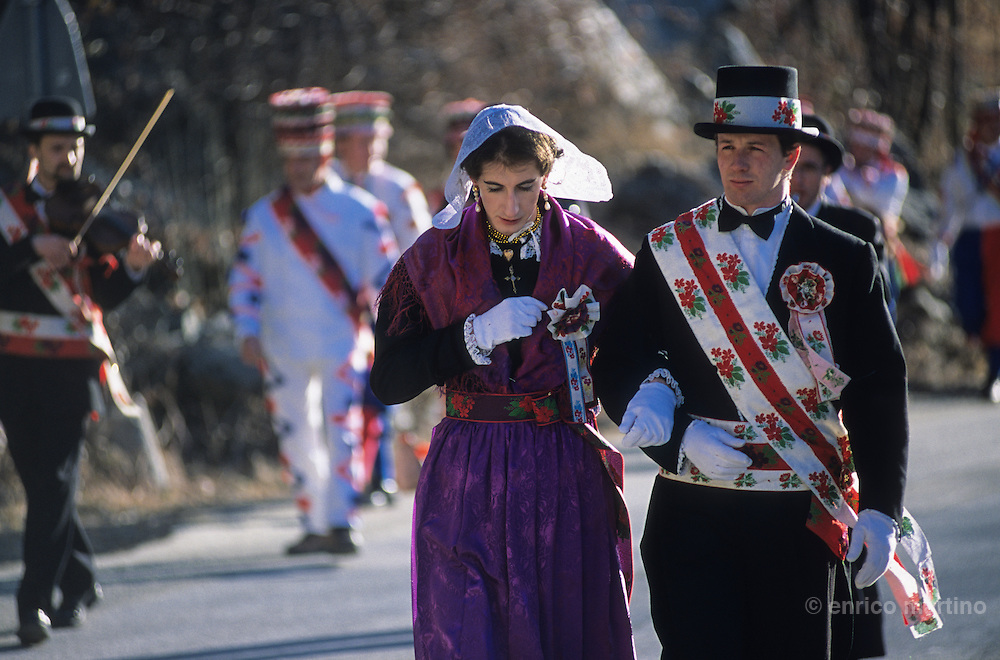