Northeastern Anatolia. Van, Museum. Hakkari Stelae were found in the southeastern Turkish town of Hakkâri. Analysis of the weapons and figures shown on the stelae suggests that Eurasian nomads had penetrated the region by the early first millennium B.C. A total of 13 stelae of a type never seen before in Anatolia or the Near East, have been discovered in 1998 and may depict rulers of Hubushkia, a kingdom known from Assyrian annals of the tenth and ninth centuries B.C. Chiseled into one surface of each of the slabs is a frontal view of the upper part of a human figure (the legs are not represented). It is certain that these stelae, which may represent the rulers of the kingdom of Hubushkia, were created under the influence of a Eurasian steppe culture that had infiltrated into the Near East. 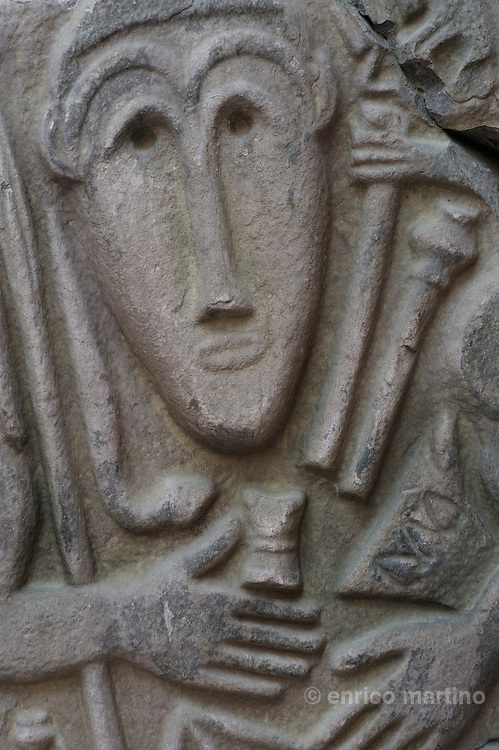