Kerak, the famous crusader castle. The construction began in the 1140s and the Crusaders called it Crac des Moabites or "Kerak in Moab". Because of its position east of the Jordan River, Kerak was able to control the trade routes from Damascus to Egypt and Mecca. In 1176 Raynald of Chatillon gained possession of Kerak harassing the trade caravans. In 1183 Saladin besieged the castle in response to Raynald's attacks. and after the Battle of Hattin in 1187, Saladin finally captured it in 1189. 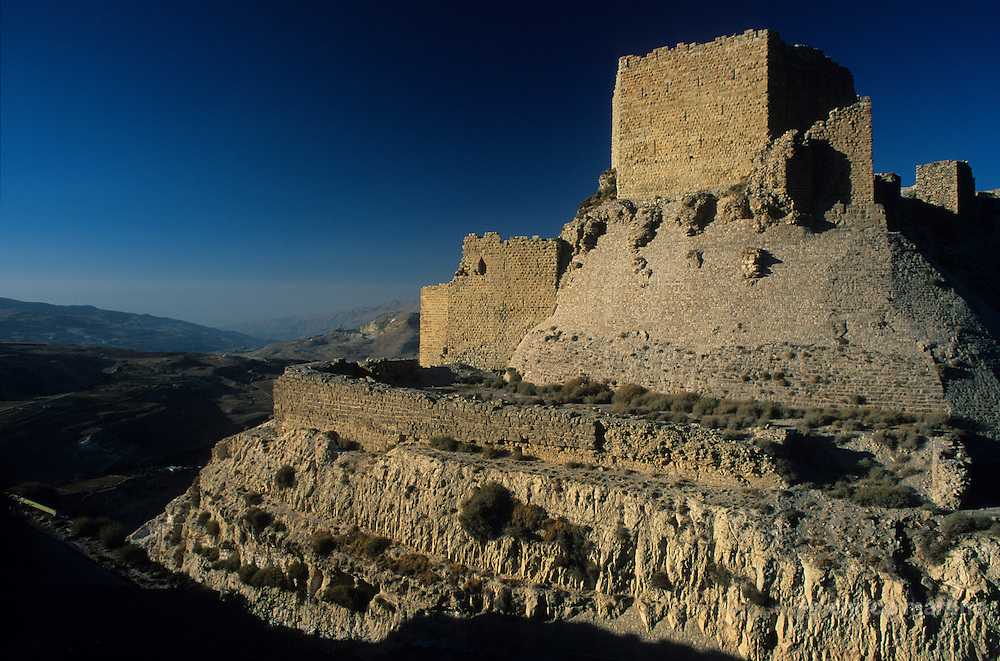