Viscri. Once a Saxon village today Viscri's population is of Roma majority, with a few Romanians, and about 20 Germans. It is part of the villages with fortified churches in Transylvania, designated in 1993 as a World Heritage Site by UNESCO. In the last years the NGO Mihai Eminescu Trust started from the village of Viscri to restore sensitively many buildings and rivitalize the communitarian way of life. In 2006 also the Prince of Wales bought and restored two traditional Saxon houses in the Transylvanian villages of Mălâncrav and Viscri to help protect the unique way of life that has existed for hundreds of years. 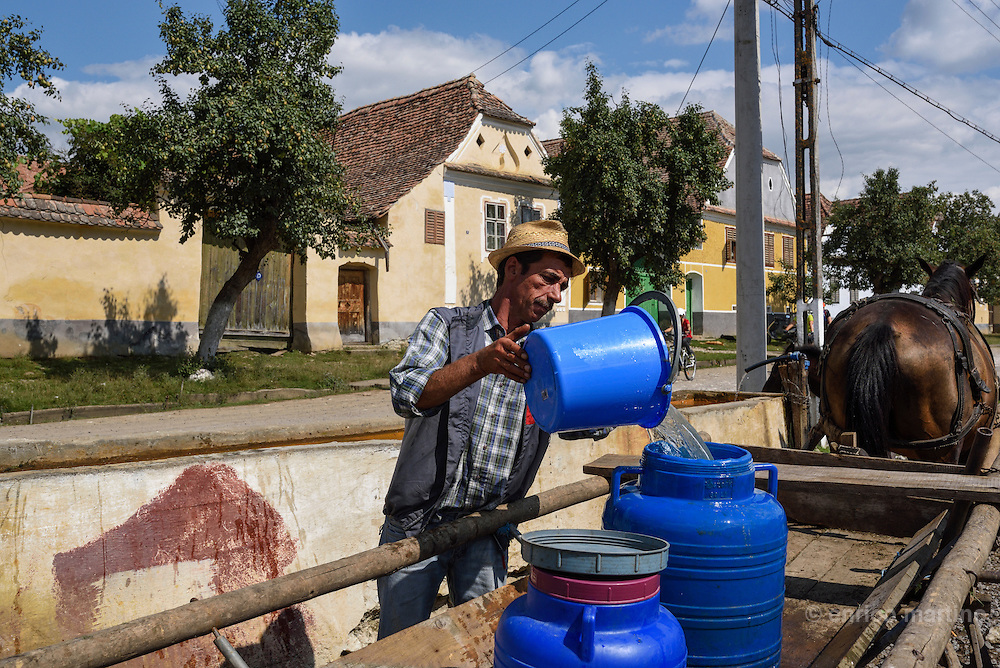