Wadi Rum, local beduin of Zalabia tribe partecipating to a holiday. Wadi Rum is the largest wadi in Jordan, is a valley cut into the sandstone and granite rock in southwest Jordan. Wadi Rum has been inhabited by many human cultures since prehistoric times, leaving their mark in the form of rock paintings, graffiti. Several Bedouin tribes inhabit the area.
Wadi Rum is known also for its connection with British officer T. E. Lawrence, who based his operations here during the Arab Revolt of 1917–18. 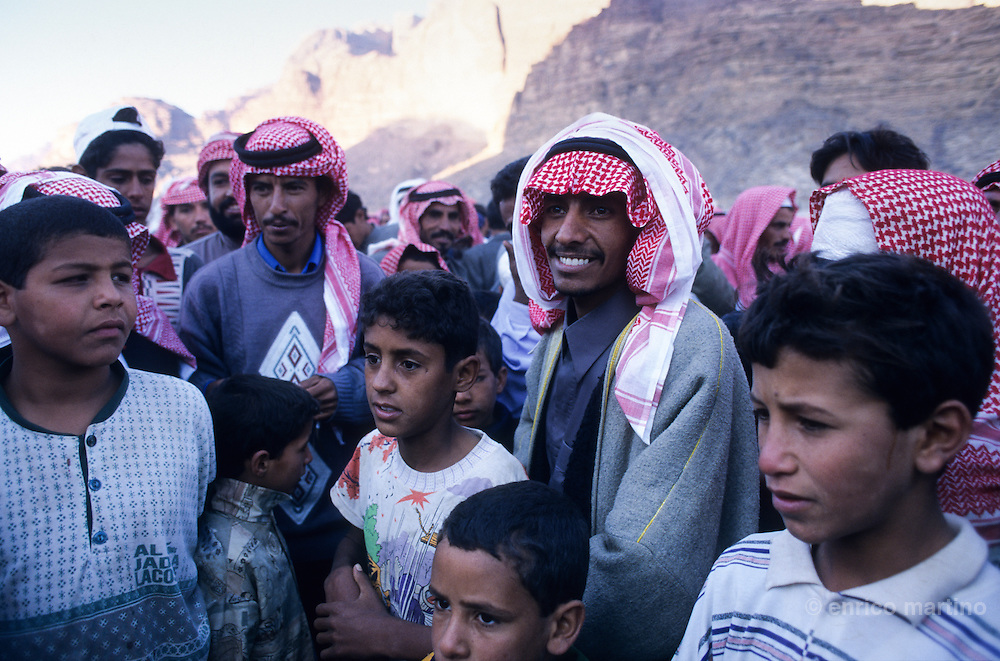