Day of the Dead, Janitzio island, the cemetery. The celebrations are held from sunset until sunrise, with candles, food and drinks for the souls. The Dia de Muertos (Day of the Dead), recently declared by UNESCO as an “oral and intangible cultural heritage of humanity,” is one of Mexico’s most cherished traditions, celebrated in cities and villages countrywide, but perhaps nowhere moreso than in the state of Michoacan. During prehispanic times, Patzcuaro’s lake was thought to be an important entrance to the “Inframundo” – the Indian Underworld. During Dia de Muertos, the Inframundo’s doors open, and the souls of the departed return to earth to visit their earth-bound family and friends. At night in the small graveyard on Janitzio Island, illuminated only by a sea of candles, Purepecha women speak quietly with beloved departed souls at graves adorned with offerings of food, candies, liquor, cigarettes, evertything their dead enjoyed while alive. 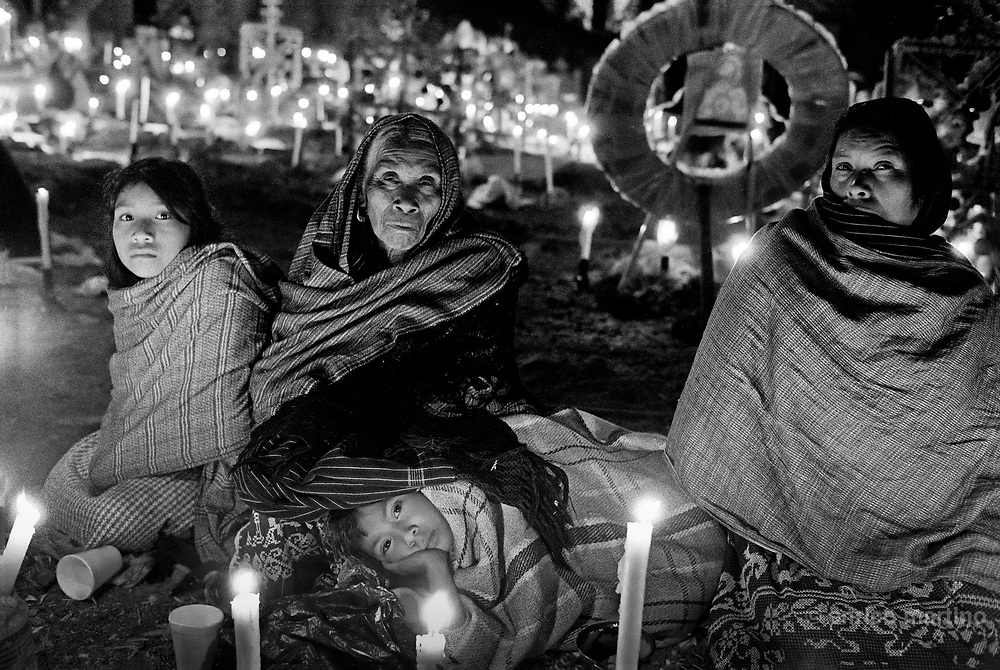