St Antony coptic monastery, in the night the monks prepare the bread. The monastey, nestled amount the mountains near the Red sea, is the oldest and biggest of the Coptics monasteries, founded in 4th century from disciples of St Antony. Here, in this desert, is born the Christian experience of the monks and monasteries. Coptics, Greek Orthodox, Syrians, only few components of the fragmented galaxy of the “living stones” as often are defined the oriental christian churches, are the protagonists of a frequently forgotten world that currently menaces to die in the same places in which Christianity born. Rituals and stories similar to legends lost in time survive intact and in these places regain the strenght of a living reality. 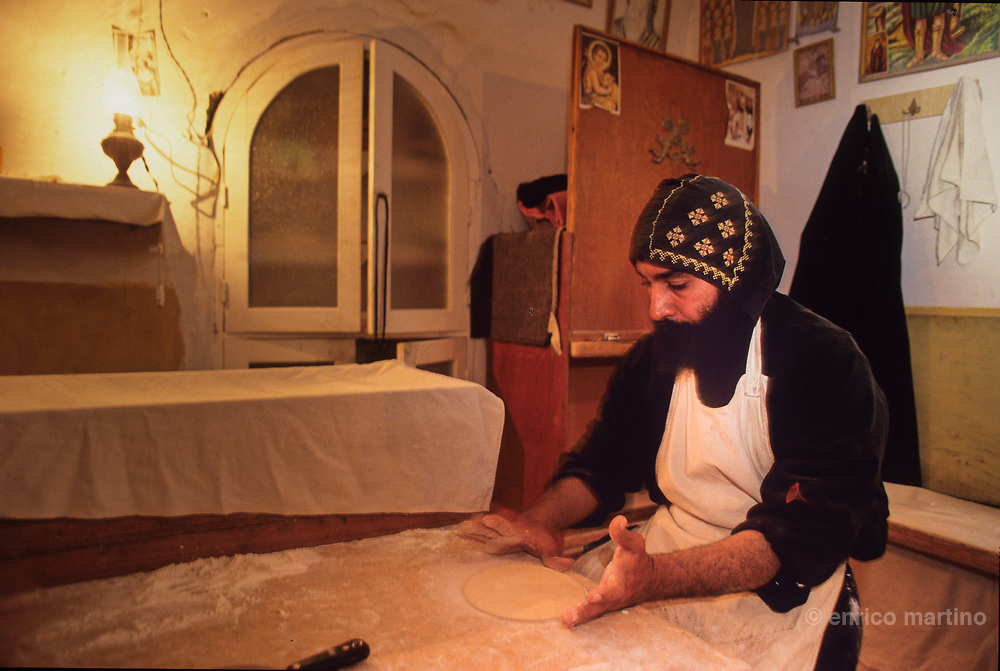