Les Baux. Today the quarry at Sarragan is the only working mine in operation. It uses modern day equipment to replace the once 300 quarry workers who worked in the mines of les Baux during the great period of manual
mining. The mining of the stone quarries at Les Baux dates back to the antiquity period. This soft stone was later mined by the Romans in open-pit quarries. Due to the facility with which the stone can be worked and sculpted it was used for heavy brickwork but also for decorative architectural elements in the nearby town of Arles. 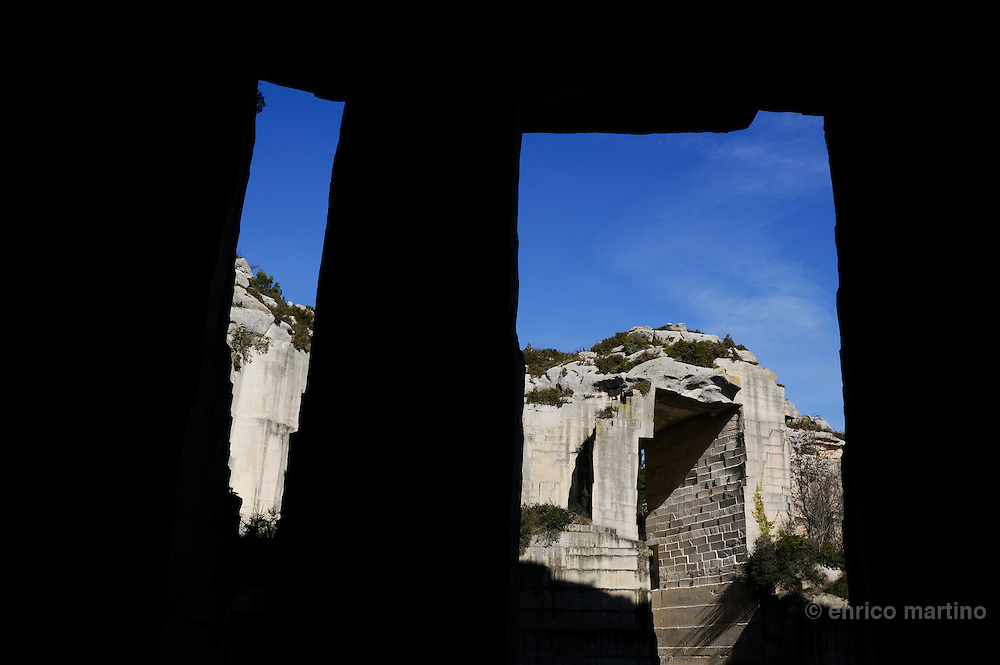