Old Cairo. St Barbara Coptyc church, holy mass. Built on the ruins of a 5th century church the present church dates to the 12th century. The fine wooden iconostasis with inlays of ivory is from the 13th century. Coptics, Greek Orthodox, Syrians, only few components of the fragmented galaxy of the “living stones” as often are defined the oriental christian churches, are the protagonists of a frequently forgotten world that currently menaces to die in the same places in which Christianity born. Rituals and stories similar to legends lost in time survive intact and in these places regain the strenght of a living reality. 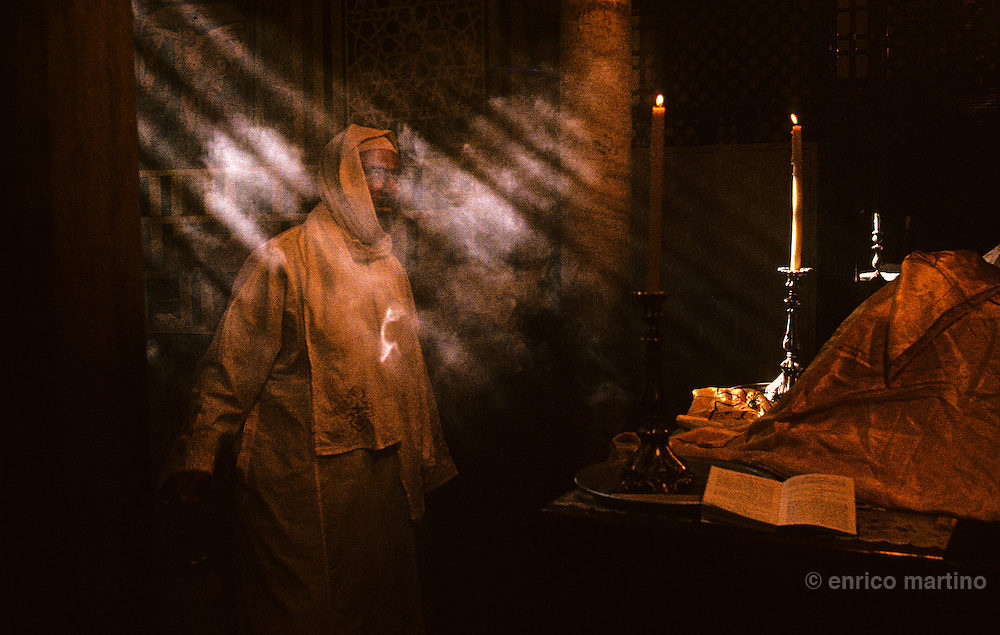