Montmajour Abbey is a fortified Benedictine monastery built between the 10th and 13th century five kilometers north of Arles. The stones came from the nearby Alpilles quarries. The Abbey was an important pilgrimage site during the Middle Ages. Until the late Middle Ages Montmajour was an island surrounded by marshes and accessible only by boat. Beginning in the third millennium BC the island was used as a cemetery. A legend said that the graves carved into the rock were those of soldiers of Charlamagne who had fought against the Saracens. 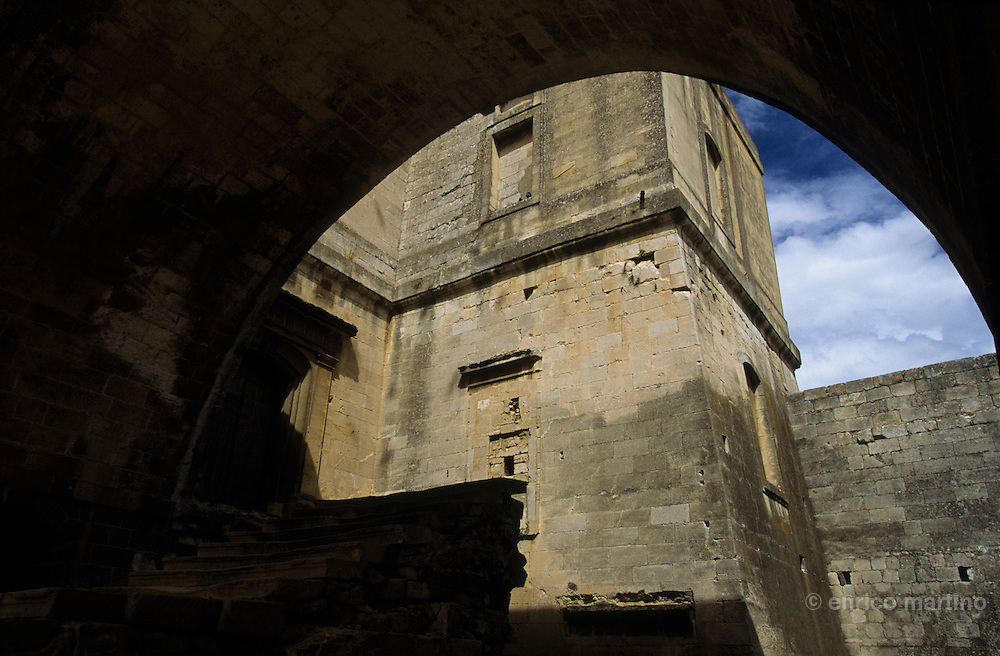