La Maison du Grand Veneur - early 14th century - is the most popular of the gothic houses and the only one to have three floors. On the façade of the building is a hunting scene. The «gothic» houses that line the Grand Rue Raimond VII constitute an exceptional architectural feature. Merchants, who became wealthy through trade in leather and cloth, built sumptuous houses from the late 13th century. All stages of the evolution of gothic architecture are represented in Cordes : « primitive » gothic of the 13th century, the « radiant » one of the 14th century, and finally the « flamboyant » gothic of the 15th century. Cordes-sur-Ciel is is a living piece of history and art, since its creation in 1222 by the Count of Toulouse. 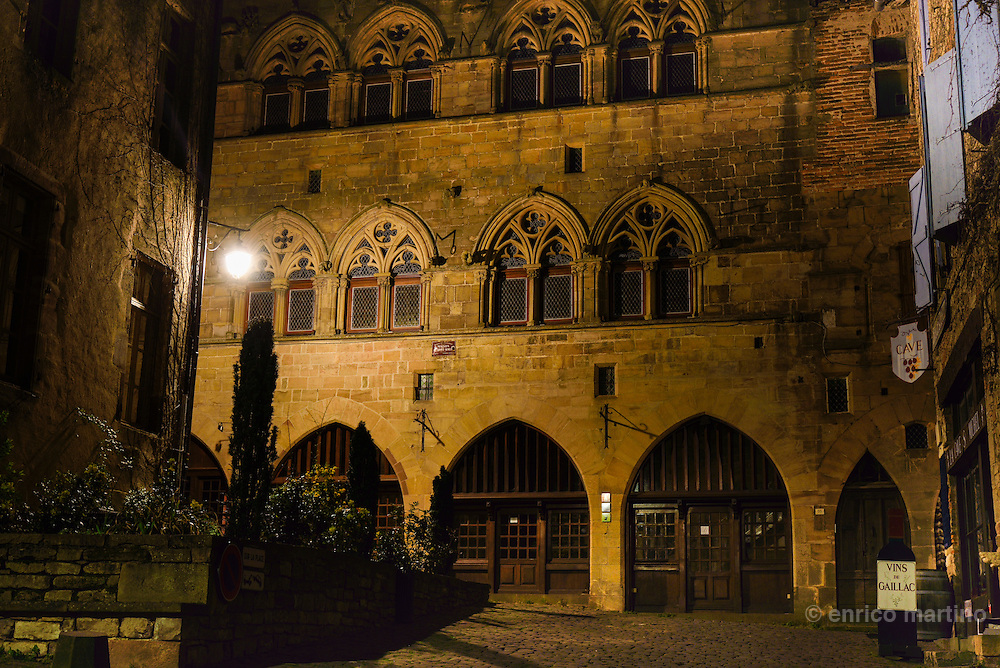