Dumferline was an ancient capital of Scotland. Dumferline Abbey, one of the most important sites in Scotland, is a large Benedictine abbey founded in 1128 by King David I of Scotland. Dunfermline became a center for the cult of St Margaret (David's mother). The foundations of the earliest church (the Holy Trinity) are under the present superb nave, built in the 12th century in the Romanesque style. The Abbey was sacked in 1560, although substantial parts of the Abbey building remain. The cemetery. 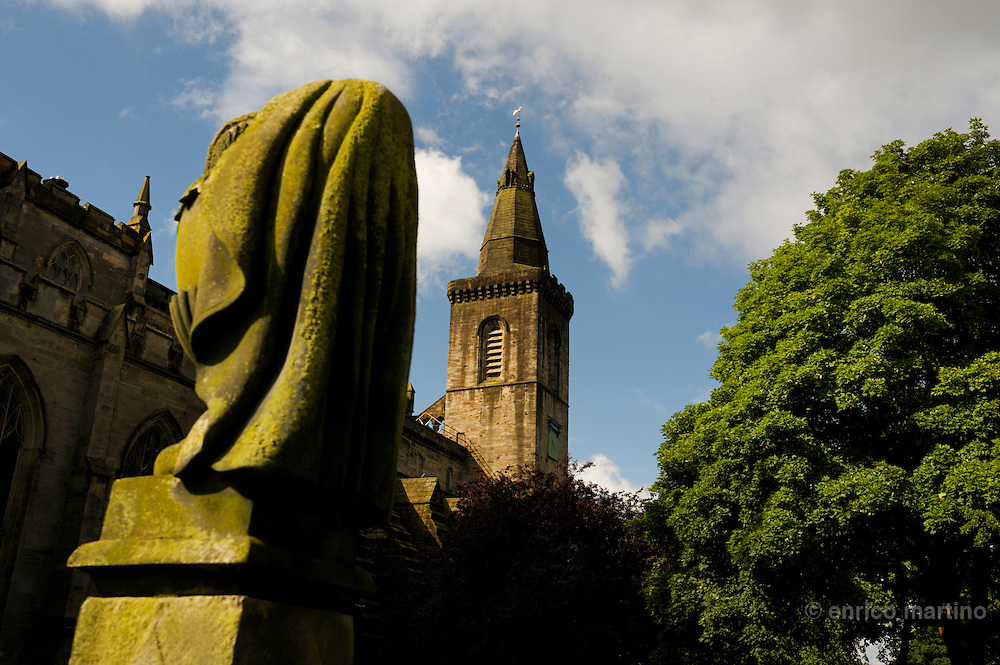